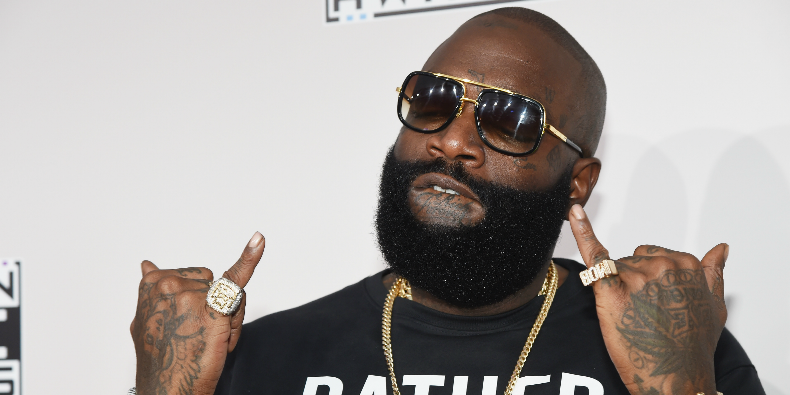 Under his real name, William Leonard Roberts, Rick Ross is an American rapper. He was born on the twenty-eight of January nineteen seventy-six in Mississippi.He starts rap in the mid nineteen hundred and ninety, and made himself known to the general public with his single Hustlin ‘.
Today, he has nine albums to his credit, and reveals the release of his tenth album « Port of Miami II ».

« Port of Miami II »: Rick Ross well surrounded for the making of the tenth album!

The tenth album of Rick Ross is expected for the nine of August two thousand and nineteen. « Port of Miami II » is announced as the continuation of his first album released in 2006 « Port of Miami ». That’s why we can say this last album is a symbol for the American rapper ! Cause the released of the album is expected thirteen years after the first album’s production of Rick Cross.
For his tenth album, Rick Ross did not go halfway. Indeed, after having released three titles and a huge video, the American rapper let us know that he had collaborated with Wale, Drake and Swizz Beats who are present in his songs.

In order not to change his habits, Rick Ross is well surrounded for the release of his last album. And this tenth album, « Port of Miami II », is no exception to the rule if we take a look at the tracklist that the American rapper unveiled us on Instagram.
The list contains fifteen titles, it’s a long list. Of course, you’ll find all the friends of Rick Ross from the Maybach Music Group like Meek Mill or Gunplay, but also YFN Lucci, Ball Greezy, A Boogie Wit Da Hoodie, Denzel Curry, Loaf Dej, Summer Walker or Nipsey Hussle, Jeezy and same Teyana Taylor, which confirms once again that Rick Ross is again well surrounded for this tenth album !

What about the Maybach Music Group ?

His fan club knows it! The Maybach Music Group is undoubtedly the series of his most grandiose songs. This tenth album of Rick Ross is so highly anticipated. And more when we learn that the American rapper said in an interview, have invited his two enemies, Pusha T and Lil Wayne on the sound! Only, unfortunately the two artists will not be credited on the album. But why? It may be that Rick Ross hid from the two artists that he would have them put on the same song, which could have given a reason to Push and Wayne to put pressure on the legend of Miami not to appear together on the songs !
No matter what, the album is here soon. And the question is, what artist would you have liked to see alongside Rick Ross ?

Rick Ross is an FME Artist, contact us now to book his shows !